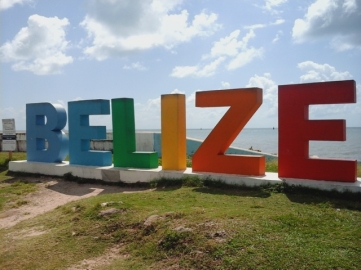 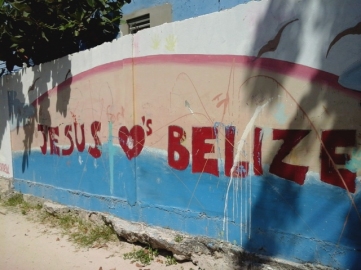 Okay, so I’m only eight days into my Belize trip so I’m no expert, but here’s what I’ve learnt so far about this fascinating country…

Don’t expect everyone’s first language to be English
Although the official language is English, Belize is a wonderful mix of distinct cultures. On the bus there’ll be a conversation in front of you in Spanish, behind you in Creole and across from you in English.

A Belizean might be Mestizo (Spanish and Mayan mixed heritage), Maya (Kekchi, Yucatec or Mopan), Creole (descended from African people bought as slaves and speaking Kriol) or Garifuna (a specific group of slaves who rebelled against British rule and gained their freedom). There’s several secluded Mennonites communities (who arived in the 1960s and speak Low German), East Indians brought in to work on the plantations after slavery ended, and the usual American, Canadian and European expat community.

Do take the time to learn a bit about Belize history
At the moment (early 2019), Belize is promoting a referendum on ‘the Guatemala issue’. Guatemala wants the whole bottom half of Belize as its own, and this dates back to Spanish and British wrangling over territory in colonial times. I didn’t even know Belize was a former British colony, only gaining independence in 1981 although it had been self governing since 1964. It seems the Spanish weren’t too interested in the region when they arrived on the continent, enabling Scottish and English pirates to move onto land as loggers and form a colony.

Don’t be afraid to eat at street shacks
Often there’s no sign and no menu, and all the food is hidden in baskets and saucepans.  The only way to know what’s on offer is to walk up and ask what’s cooking. It might be stew chicken, panades, tacos and more. I used good old ‘cheap eats recommendations’on TripAdvisor to get an idea of which shacks to seek out, as some are only open at breakfast and some just for dinner. Sometimes I’d wander up and down a street several times before spotting the place! 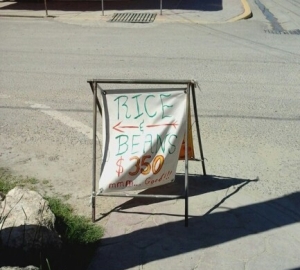 Do check bus schedules
There’s only four paved roads in Belize and it’s the continents least densely populated country. So unlike the rest of Central America where you can rely on buses coming along every five minutes Belize buses run to a (vague) schedule. I was told more than once, ‘the bus is due at 5.15, so maybe 5.45 Belize time, but be here at 5’.

I used Belmopan Online for bus schedules and they were pretty accurate. Don’t make the mistake as I did in Sarteneja of discovering last minute that the only buses out of town leave between 3am and 6am! (I caught a boat instead).

Don’t miss the national parks
Belize has an abundance of wildlife, from birds to jaguars to tapirs to monkeys. The national parks are well looked after and some have well marked hiking trails so you don’t need a guide. Some are close to bus routes, while others are miles down an unpaved road. I had a great afternoon hiking in St Hermans Cave park, en route from western San Ignacio to southern Hopkins, leaving my backpack at the park visitors centre. Apparently in Cockscomb Basin park, it’s not uncommon to see jaguar tracks on the road in from the highway. 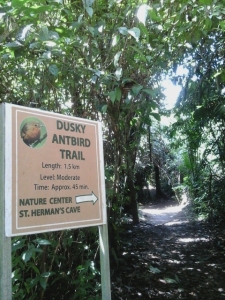 Don’t worry about putting on some extra weight
Breakfast is a grease laden but delicious affair in Belize. Fry jacks are amazing – fried bread filled with chicken or eggs or beans or cheese or ham, or all of the above! People on bicycles approach you at all times of day selling massive portions of bread pudding, key lime pie, cinnamon buns or cassava pudding, all freshly home made. It’s hard to say no! 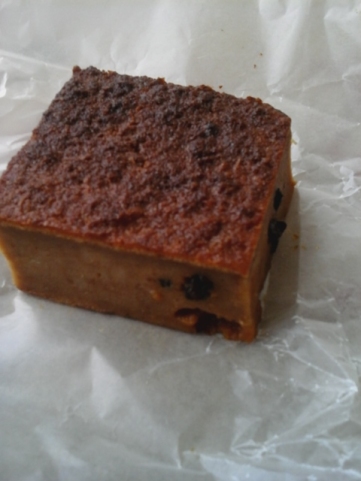 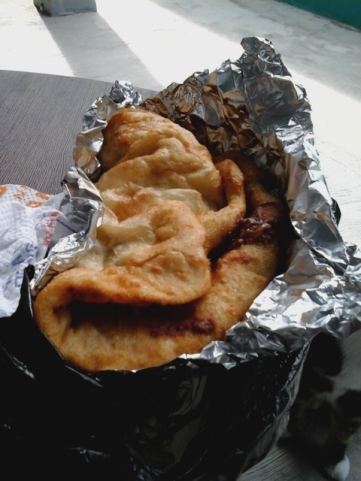 Do expect to get an American dollar in your change
The official currency is the Belize dollar, complete with the Queens head on the coins and some notes, and it’s pegged to the US dollar at 2 Belize to 1 US. However it’s legal to use and receive US dollars too.

Don’t plan on staying dry
Belize is all about the watersports. It might be peacefully floating through a cave in an inner tube, diving the second largest barrier reef in the world or just taking the water taxi out to one of the cayes. Also you’ll probably experience an unexpected tropical downpour, even in the non-rainy season, as I did whilst standing at the side the highway with no shelter and all my gear, waiting for a bus. 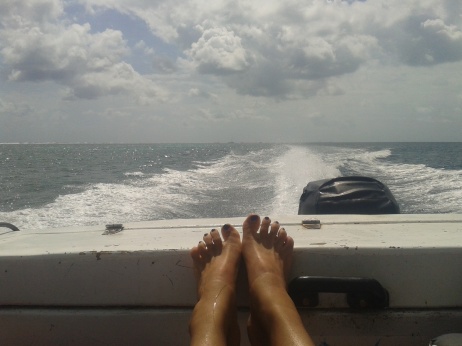 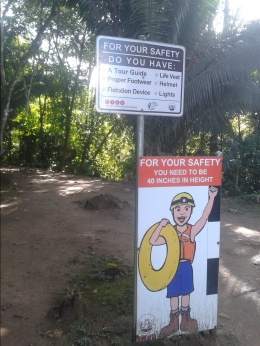 Do try a beer or three
The national beer is the Beliken and it comes in four versions, regular, light, stout and if you can find it a Christmas sorrell stout which was by far my favourite. I also had an interesting Cuba Libre (usually rum and coke) on Ambergris Caye – the bartender poured a glass full of rum over ice, added a dash of water and then the tiniest dash of coke and it cost the same as a beer. 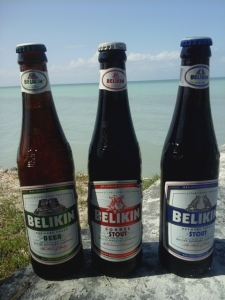 2 thoughts on “Dos and Don’ts of backpacking Belize”