I love backpacking and would like to eventually visit every country in the world. At the moment I’m at 78 countries (I think!). However, not every country is a country. Or is it? Here’s some of the odder places I’ve visited during my many years of backpacking. 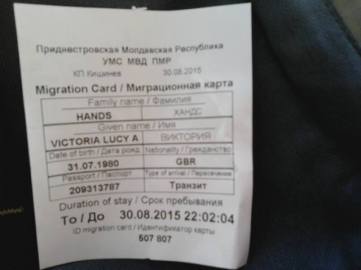 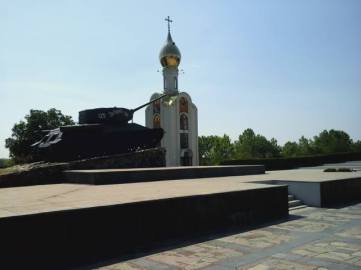 This disputed territory declared independence from Moldova in 1990, leading to a two year civil war.  It has its own currency, police force, army and borders. I was doing a backpacking trip through Romania and Moldova, so of course I had to schedule a visit! Even at the chaotic bus station in Chisinau, capital of Moldova, it was fairly simple to locate and board the bus that crosses the ‘border’ to Tiraspol, the largest city. At the border I had to get off the bus, show my passport and complete an entry form.

Once in the city, I wasn’t sure what to do apart from wander around and take photos. There’s some great Soviet-style buildings , two very large Lenin statues, several enormous war memorials, random tanks dotted around, and an impressively wide boulevard named after infamous Russian astronaut Yuri Gagarin. I’d heard that in the summer the river is popular for swimming and sunbathing, although I didn’t see anyone having a dip. I changed some money into the Transnistrian Ruble, just for fun, and bought some snacks in the supermarket before boarding the bus back to Moldova.

In 2016 my friend Paula and I decided to do a five cycle trip starting and ending in Copenhagen. This was part of my 12 months, 12 different countries challenge. We flew into Copenhagen separately and after meeting up and finding our hostel, we set off immediately to explore. Christiania, Copenhagen’s semi-autonomous freetown, has been going for over 45 years, after being legalised as a social experiment in 1973. It’s an abandoned military base that was taken over by squatters and slowly became a self-administrating community. Despite drug problems and the shooting of a policeman in 2016, it remains a tourist highlight in Copenhagen. 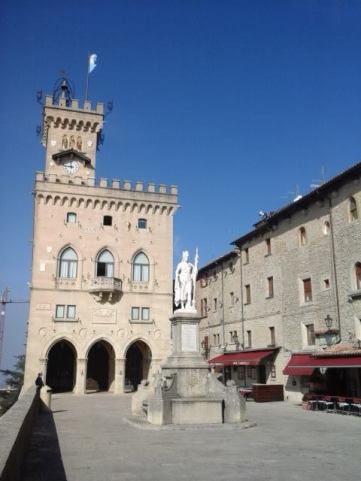 In 2014 I was still working winters in Austria, as a manager for a large ski company. Instead of flying directly into Austria for the winter season, I decided to add a short hop into Italy to visit the Republic of San Marino, one of the worlds oldest republics. I stayed in Rimini, Italy and took the local bus across the ‘border’ to the UNESCO-listed capital , Città di San Marino, nestled high in the Italian mountains.

A wander around the city provides breathtaking views at every corner. The medieval style streets lead to the Palazzo Publicco, where you can see the changing of the guard – yes, they even have their own military. There’s lots of turrets and city walls to climb and a few museums. There’s also duty free shopping if designer labels and perfume are your thing. 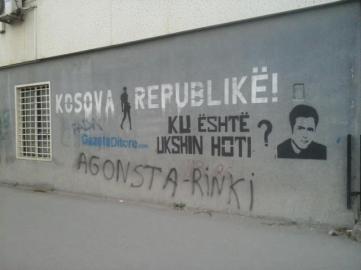 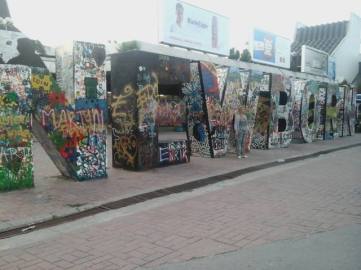 The Newborn art installation is redecorated every year

A visit to Kosovo was part of a longer trip I did through Eastern Europe, starting in Belgrade, Serbia, then travelling through Kosovo and Montengro, before ending in Sarajevo, Bosnia-Herzegovina. It’s worth mentioning that although NATO accepts Kosovo as a country, some nations do not recognise it, believing it to be  apart of Serbia that seceded illegally.

I caught the bus across Serbia into Pristina, the capital of Kosovo, where I spent two nights. The Newborn monument was my first stop on a walking tour of the capital – this celebrates independence gained in 2008 and is repainted in a different style each year on the anniversary.  I then went off to find an eleven foot gold Bill Clinton statue waving down at me from the corner of an enormous boulevard, before heading to the old town to explore the narrow streets with mosques and churches side by side.

With the ski season over, what better way to start the summer than with a road trip through Italy and France, with a stop in the Principality of Monaco? It’s the world’s second smallest country, well known for partying billionaires and it’s squeezed into two square kilometres on the south coast of France. We stayed in Nice and took a scenic bus ride along the coast to Monaco.

Monte Carlo is the most well known of Monaco’s five districts, with a dazzling view, perched high above the port on a natural promontory.  We enjoyed admiring the huge boats and snazzy designer outfits and wandering the touristy streets of Monaco-ville. The royal palace has a daily changing of the guard, with the cathedral and tombs of Prince Rainier and Princess Grace close by. Even if you’re not into casinos, Monaco is definitely worth a day trip.

The Republic of Whangamomona, New Zealand

The Forgotten Highway was one of the highlights of three months exploring the North Island in my live-in backpacker car. Halfway along this route I found the Republic of Whangamomona, founded in 1988 when residents of the town got very upset about not being consulted over splitting the town into two regions. They declared a republic with Ian Kjestrup becoming the president for ten years. He has been followed in the presidential role by Billy the Kid (a goat) and Tai the Poodle.

I’m sure there’s plenty of other non-countries to discover and explore, and one day I’ll see them all!

One thought on “When is a country not a country? Non-countries, principalities and disputed territories to explore”