I started writing Tors Travel Tales last year, with the aim to eventually write one about every country I’ve been to. I’m not making much headway so far. I think I still have about seventy odd to go!

Tors Travel Tales – an attempt to write a backpackers account of every country I’ve been to.

This year I split up my winter travels. Normally I’d buy a return flight from London and then spend three to five months travelling trying to cross as many land borders as possible. However, I’d finally decided to tick the Trans Mongolia train journey off my neverending travel bucket list but didn’t really want to spend five months in Russia in winter!

I ended up spending two months travelling in South America first, including a fantastic two week volunteering stint in Uruguay. Have a look here at how I lived off grid in a gorgeous little cabin, while volunteering on the coast of Uruguay.

Then I returned to the UK, collected my travel companion, my mum, who’d invited herself along, and we flew to St Petersburg ready for a two week odyssey to Ulan Bator in Mongolia.

Why choose to backpack around Russia?

Russia has a bad reputation due to its extremely poor human rights record, however the country itself is fascinating for backpackers. It’s the largest country in the world, bordering eighteen other countries and has eleven time zones meaning you could celebrate New Year’s Eve eleven consecutive times!

Russia is twice the size of Australia with 83 regions, including two federal cities, 22 republics and 46 oblasts or provinces.

The Trans Siberian or Trans Mongolia train journey is an often cited bucket list entry for many travellers but other Russian travel itineraries include a city-based tour from St Petersburg to Moscow in the west or flying into Siberia in the east (a visa free zone for several nationalities) to explore the amazing scenery and hiking opportunities around Lake Baikal. Travel is cheap and easy and there’s plenty of backpacker hostels or budget guesthouses to choose from.

My backpacking itinerary across Russia on the Trans Mongolia train

Flying into St Petersburg from London is a cheap option, with frequent airport buses to the city centre. We started our Russia backpacking trip here with two days sightseeing, taking in the Hermitage and the Peter and Paul fortress complex. I’d recommend trying to organise your visit around the late night Hermitage openings to maximise your sightseeing options. 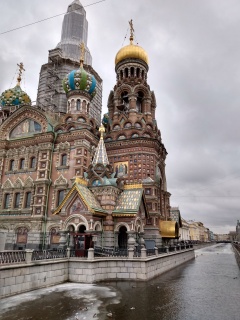 Church of Saviour on the Spilled Blood 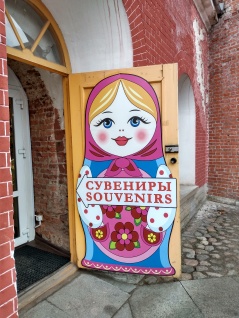 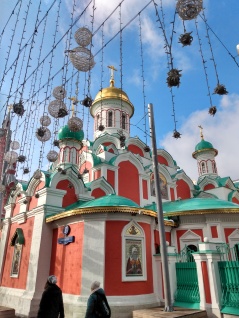 We took the high speed afternoon train to Moscow, spending just one night and one day there, departing on an 8pm train to Kazan. There was plenty of time to see the sights of Red Square including the Kremlin and Lenins Mausoleum, although we missed out on several fine museums and attractions further out.

An overnight train took us to Kazan, the capital of the Tatarstan Republic. This is technically off the traditional Trans Mongolian route but still headed in the right direction towards the east. A day here is more than enough to see the sights – a striking blue and white Kremlin, with a mosque and cathedral standing side by side. Nearly 40% of Tatarstan are Muslim. Don’t miss the Chak Chak museum in an old merchants house, where you can drink tea and try the oddly moreish traditional fried Tatar snack.

Next stop, after another overnight train, was Yekaterinburg back on the traditional Trans Siberian train route. We really felt the substantial drop in temperature here, now down to minus five, with heavy snow on the ground making it necessary to plan the days activities carefully. We spent an entire afternoon in the Boris Yeltsin museum, which takes a look at seven historical days during his leadership, as well as enjoying a traditional Russian ‘business lunch’.

Assumption Cathedral in the Kazan Kremlin

Colourful ribbons at the viewpoint over Lake Baikal

Church on Blood to honour the last Czars of Russia

Next up was our longest train journey of the trip. It took three nights and two days to cover the 3,400km to Irkutsk, our base for exploring Lake Baikal, the deepest lake in the world and completely frozen over at this time of year.

After frolicking on the ice, a short seven hour hop took us to Ulan Ude, capital of the Buryat Republic. It’s the last stop before heading south on the Trans Mongolia (or further east on the Trans Siberian) and has the added interest of a giant Lenin head in the town square. We also took the opportunity to do a half-day trip to Ivolginsky Datsun monastery. Buddhism is practiced by over a third of Buryat residents.

Then finally, it was time for our last train ride across the border to Mongolia. It was twelve hours to Ulan Bator, with around four hours spent at the border.

Accommodation in Russia and sleeping on the Trans Mongolia train

There’s a good selection of budget accommodation in Russian cities. We found plenty of backpacker hostels to choose from and also some competitively priced budget guesthouses. Private apartments are ubiquitous on Booking.com too. As we were often arriving early or leaving late, we chose to stay at places with receptions, so we could leave our luggage while exploring.  However, having stayed in private apartments while backpacking in Ukraine two years ago, I can also recommend this as a great option.

Sleeping on the Trans Mongolia is of course a great way to reduce costs as you travel across Russia. It’s really easy to plan a whole trip around single overnight trips. You just have to decide how long you can go without a shower!

Getting around in Russia – Russian Uber and city metros

For city to city transport across Russia we used the train each time. Within cities though, it was easy enough to use the metro systems. Whether it’s the St Petersburg metro, the Moscow metro or the Kazan metro, they’re all simple enough to use. The token system is great, as you just go to the ticket counter (we never had to queue), hold up fingers to represent how many tokens you need and hand over a few roubles. Then just feed the token into the turnstile and you’re in!

Some Russian metros are tourist attractions in themselves. Both St Petersburg and Moscow offer guided metro station tours.

Uber in Russia is also easy. I downloaded the app and we used it twice to get to the train station when the weather was particularly bad. Both times the drivers were friendly and the price per kilometre is really low.

Food and drink in Russia

Whether self-catering at супермаркетs, eating cheaply at столоваяs or enjoying a Бизнес Ланч at a restaurant, there’s plenty of choice for eating and drinking in Russia.

Supermarkets or супермаркетs are on every other street and have a great selection of bakery and deli goods, fruit and instant meals, perfect for self caterers. 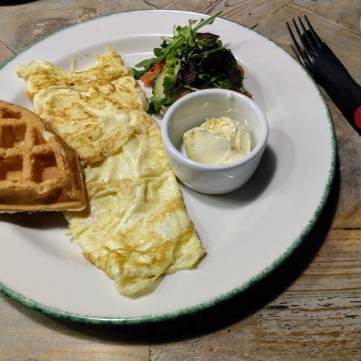 A lovely brunch at Engels in Yekaterinburg

We also loved canteens. The popular столоваяs are everywhere, with some national brands such as Stolovaya No. 1 even open twenty-four hours. A selection of dishes are laid out, canteen style, from soups to schitzels to apple pie with drinks at the end next to the cashier. Just point to what you’d like and a  server will hand it over for you to add to your tray.

Finally don’t miss a Бизнес Ланч. A ‘business lunch’ is Russia’s version of the menu del dia, with restaurants offering a starter, main course and drink for a much reduced price. It’s a great way to try some of the more expensive restaurants at an affordable price.

What to pack for the Trans Mongolia train journey

Less than you’d think is the answer here! Of course you need to consider what you need for your off-train trips, if you’re planning on leaving the train. We took thermal layers and some very warm socks.

Packing for a Trans-Mongolia train journey? Don’t forget slippers and a travel mug.

For the train, some comfy clothes, light shoes or slippers for wearing onboard (Russian passengers immediately change outer clothing and shoes) is a good idea. Take something to read, a pack of cards or download some podcasts beforehand.

There’s plenty of food and drink available once on board. You can pre-book meals with your ticket that are delivered to your seat, or head for the (overpriced) dining car. The provodnista sells snacks and instant noodles and there’s usually a lady or two walking the corridors with baskets of freshly made treats.

We took on fresh fruit, some sliced rye bread and instant porridge or noodle sachets and we’d packed folding silicone bowls, cutlery set and reusable cups before leaving the UK. Have a read here to find out more tips for travelling on the Trans-Mongolia train.

Top sights and experiences in Russia

The Trans Mongolia train of course is a big highlight. You can’t beat trundling across a country knowing your only task is to enjoy the scenery and eat instant noodles! 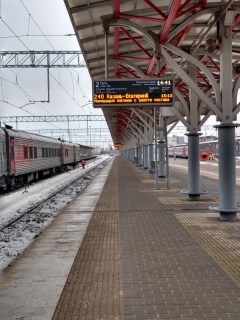 Waiting for the RZD train to Yekaterinburg 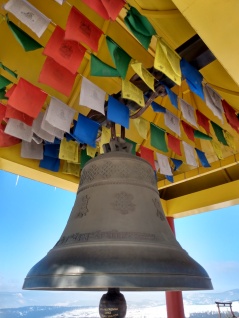 Although I’m not a huge city lover, I did enjoy the fantastic architecture in Russian cities. St Basils in Moscow and the Saviour on the Spilled Blood in St Petersburg are particularly striking.

Trying to note the differences between Russian regions as you travel across the vast country is really interesting. I didn’t know anything about Russia before backpacking there, so tasting Tatar snacks in Kazan and spinning Buddhist prayer wheels in Buryat really highlighted the intricacies of history that led to the current makeup of the Russian federation.